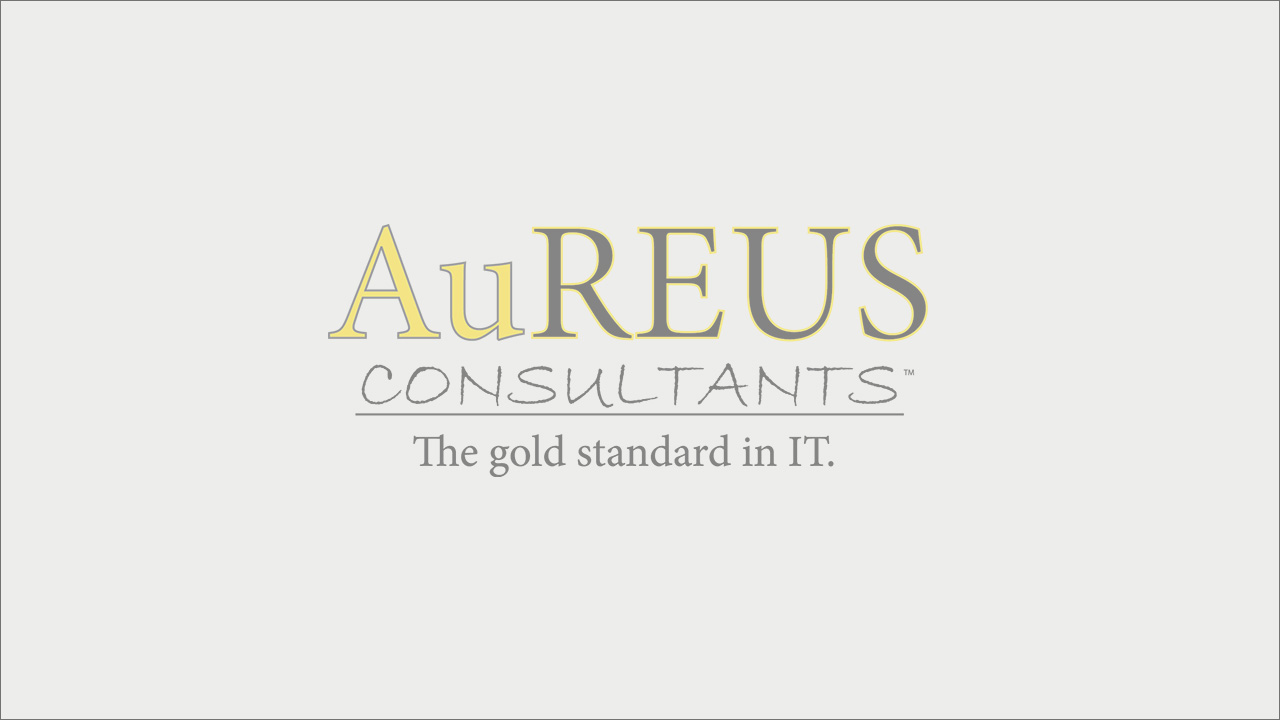 An Easy Way for You to Lower Your IT Support Costs While
Practically Eliminating Frustrating Computer Problems, Error Messages, and Downtime

What is Aureus Care?

Aureus Care allows your computer network to run run faster and without all of the error messages, crashes, and problems. Under this plan, you’ll get all the computer network maintenance and support you need for one low, fixed monthly rate without any surprises, hidden costs, or the expense of a full time IT staff.

This service is ideal for the small business owner that doesn’t want to spend their time dealing with computer problems and maintenance, and simply wants the peace of mind that everything is covered and taken care of.

With the constant changes to technology and daily development of new threats, even a small, 5-user network requires ongoing maintenance from a highly-trained technician.  Obviously the costs of hiring a full-time IT person are not always feasible, even for companies with 20 to 75 workstations.  Up until now, you only had two options for computer support:

We will perform regular, scheduled maintenance on your network each and every month. We will make sure your virus protection is up to date, your backups are working properly, check critical firewall and security settings, and update software patches. We will even conduct a series of system optimization tasks every month that will keep your network running at maximum speed and performance.

We will also remotely monitor your network 24/7, 365 days a year to detect, diagnose, and prevent lurking problems from turning into major interruptions to your business in the form of downtime, security breaches, or other failures. Finally, we’ll design the right mix of on-site, remote, network, and help desk support to fit your specific situation and needs.

The benefits of Aureus Care are obvious.

We are so confident in Aureus Care, our Ultimate Peace of Mind Network Maintenance Program, that we are willing to back it up with a powerful guarantee that no other IT firm or consultant would dare to make: We guarantee that we will be able to detect, diagnose, and PREVENT any type of network problem from escalating into down-time.

If by some odd chance your network goes down, if you get a virus, a hacker invasion, or any other problem that requires clean up and fixing, we will do all of the work necessary to restore your network back to full speed with no additional service fees to you.

As you saw from the above real-world scenario examples, one simple “glitch” can end up costing you $20,000 to $40,000 in consulting fees. Aureus Care is like an insurance policy against major network disasters and repair bills.

To get you started…

We would like to offer you a FREE Network Health Check to check for any problems in your IT network and make recommendations. At no charge, a senior technician will come to your office to perform a thorough 27-point network audit to look for security loopholes, hidden viruses and spyware, and other lurking problems. During the health check, we will:

Upon completion we’ll give you a network report card showing where you are vulnerable to network problems and threats. We’ll also demonstrate how we can make your network more secure, reliable, and problem free. This is mainly a $197 value, but we are doing this for you FREE of charge.